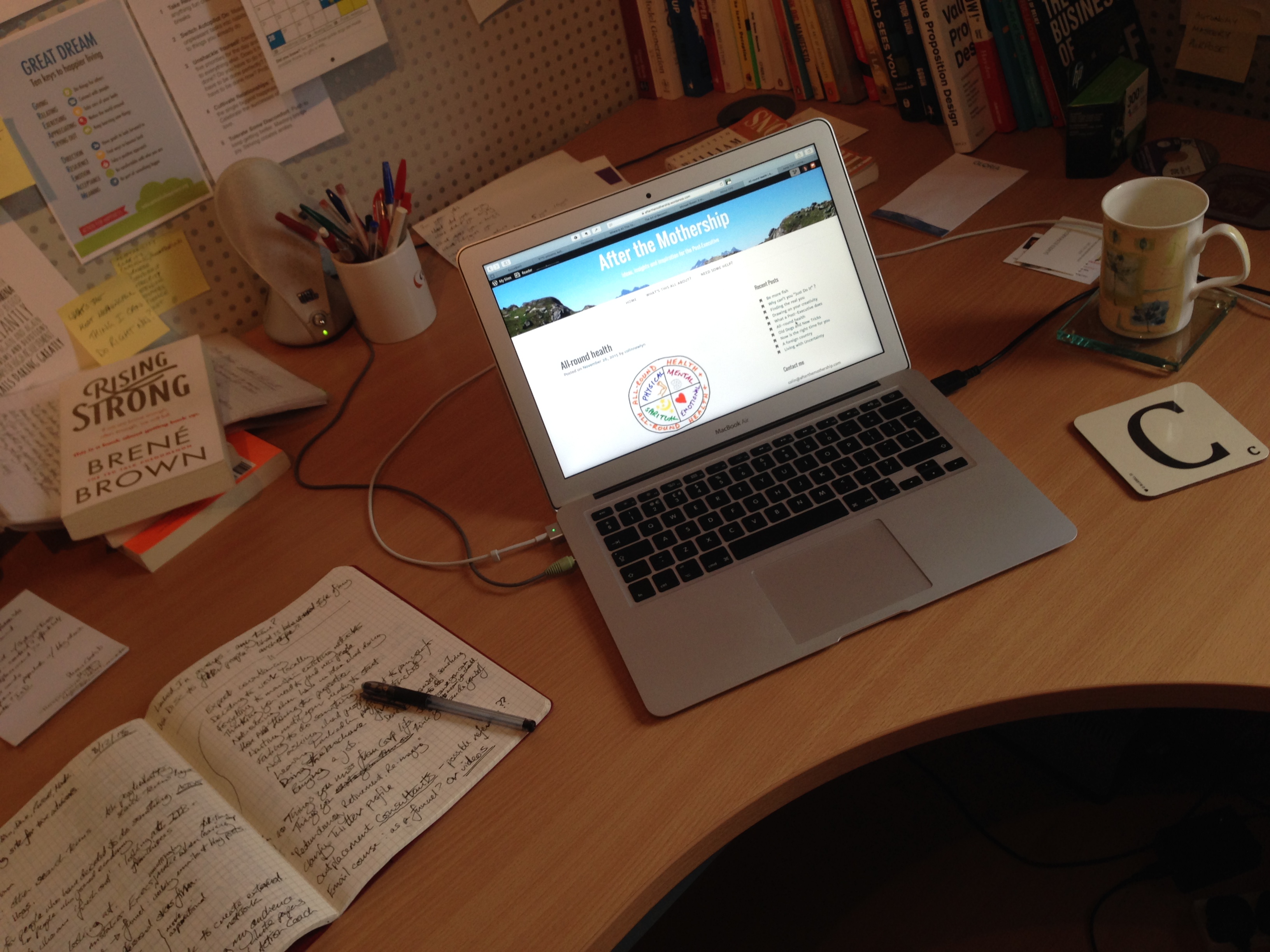 I always liked going to the office. I don’t mean the commute, which was not always a joyful experience, but actually having a separate place to go to. I enjoyed the separation between work and home and used the time to mentally switch into and out of ‘work’. I also enjoyed being with a group of people that I knew and mostly liked, or at least got along with, and sharing the little details of our lives, chatting about the issues of the day or the football and the telly from last night.

I was a very early adopter of mobile working, having a computer at home from the mid-80s and being the the first in my workplace to have a laptop. Working for the first public email service in the UK, I would log in with my modem from all sorts of locations, often breaking into phone sockets with my screwdriver so I could attach the crocodile clips to the line and get dial tone. I was one of the early road warriors of the digital age!

This started to breakdown the barrier between work time and my time but I alway felt that there was a boundary because I still had the status of ‘out of the office’. This meant I could behave differently outside normal hours or when travelling. I might check my emails and messages but I would not action them until I was back ‘in the office’.

These were only constructs in my mind but they helped me balance the demands of work and home and feel that I had some control. The physical office gave me a sense of ‘other’ and so I could maintain a separation. Even if the reality was more blurred than I imagined, it helped me stay on top of things and not get overwhelmed.

This all changed when I left the Mothership. I was now working at home, in the study at the top of the stairs. Although I set it up with a desktop computer and phone, it was still part of the house. In fact, because of its central location, it was very much part of the house, I could hear what was going on in all the rooms and was in the middle of all the comings and goings, which was enormously distracting! Eventually, I moved into a bedroom at the back of the house where I could shut the door and be largely separated from the household.

Of course, that meant that there was no longer the physical separation of work and home. It also meant that I didn’t have a group of co-workers to socialise with and share news and gossip with. At the time the only solution was to go to networking events or meet up with people. The easy serendipity of bumping into colleagues and friends was no longer available, nor was the opportunity to strike up new friendships over time. These were far more important to me than I realised at the time and I have found it difficult to replace them.

One solution that has emerged over the past few years is coworking. I have been to a number of different coworking spaces and seen how this idea has evolved over the last couple of years. It’s definitely an option worth considering, so I’ll share my knowledge of this in a separate blog. However, not all spaces are the same and you need to understand what you want to get out of using one. I think I might have found one that works for me but you may need something different.

The point is that when you are on the Mothership your place of work is largely decided for you. You might be able to lay claim to a desk or an office, or even your location (s) and when you go in and when you are mobile. Much of your work environment, however, is given. You are not consciously aware of what you get in the way of social contact, information, help and structure.

When you leave, it’s all down to you. The good news is that you get to design exactly what you want but you have to understand what you are seeking to replace, and work our exactly how you are going to fulfil each of the needs you have.  Where you work is a place in your mind as well as a physical space.