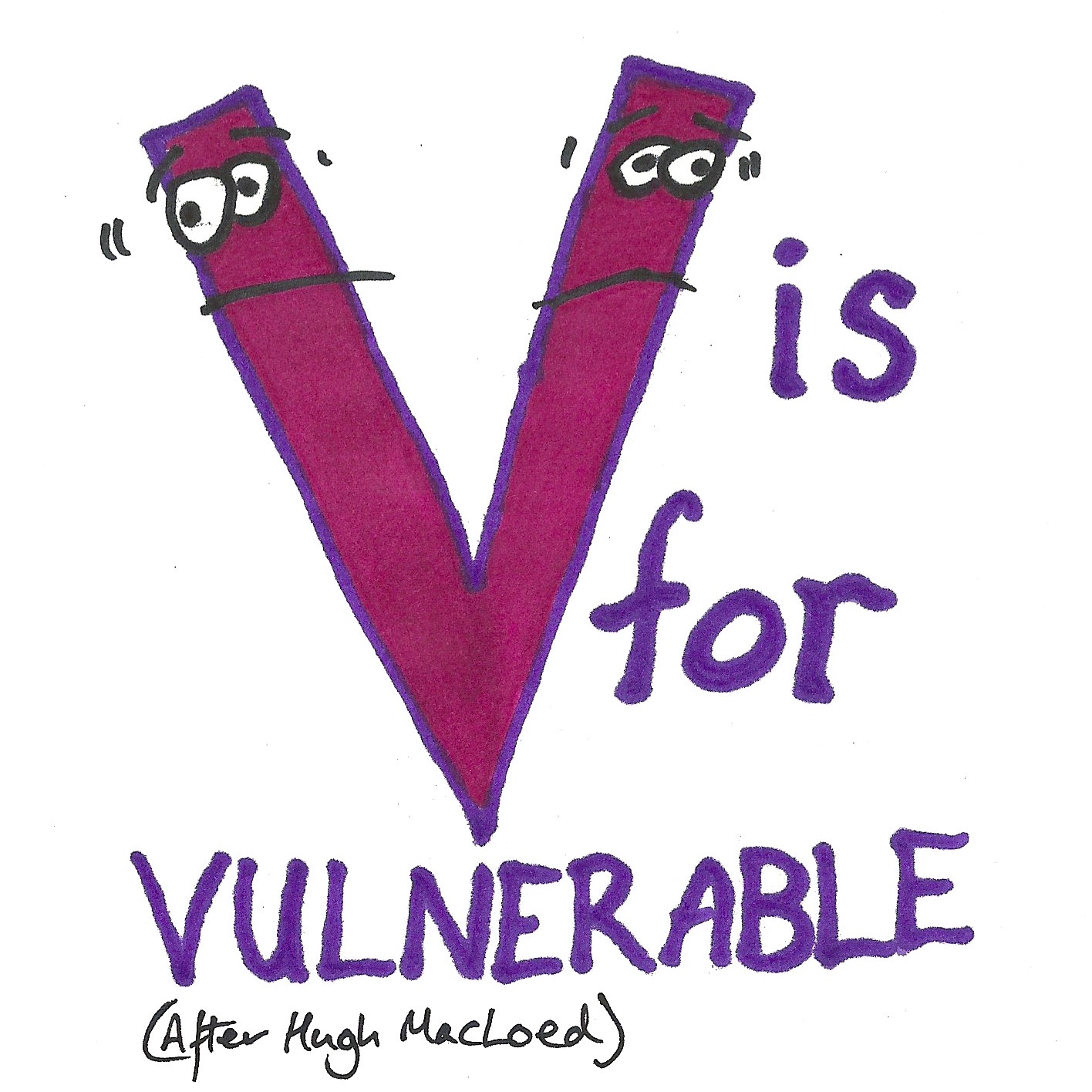 I can’t remember when we first met. I think we were introduced by a mutual friend, Seth. I followed a link in his blog and there she was, talking to Ted.

I watched her talk. It was startling, surprising, moving. And I knew it was aimed at me. There were hundreds, thousands, maybe millions in the audience but I know she was talking to me.

“So”, I thought, “this vulnerability thing. It’s important, isn’t it. I really should do something about it”. And then I carried on as before.

I came across her again a few weeks later. Someone else, I think it was Jonathan, was talking to her. “This is definitely important” I thought, “I must do something about this. Perhaps I should get her book.” Only the book was only available in hardback in the US, so I decided to wait until the paperback came out. I told myself it was the price but maybe that was a convenient excuse to avoid possible discomfort from reading it.

It was a few months later when I got her book and I read it through avidly. “Wow, this is really serious stuff, I must do this wholehearted living thing, I must be more vulnerable”, I thought. And I carried on pretty much as before.

But I kept bumping into Brene. More talks, more blogs, more podcasts. I felt like the damn woman was stalking me! “I haven’t really got this yet, have I?” I said to myself. So I read the book again, and I told everyone how important it was. And I carried on pretty much as before.

Unsurprisingly, not much changed. This was a disappointment. “What’s wrong with you?” I asked myself, “why don’t you get this stuff? Why aren’t you doing ‘vulnerable’?” Exasperated, I read the book again, only this time I took copious notes. One way or another I was going to drill this stuff into my thick skull.

Now, change is a funny thing. It seems that nothing is going on and then it all happens at once. Of course, it’s not really like that, it’s a steady stream of small, almost imperceptible changes that occur until a tipping point is reached. I kept going back to my notes, listening to Brene again, trying to shed the armour I had built up over the years. Then, one day, I just decided I wasn’t going to do that shame thing anymore. I decided that what other people think is entirely their affair. No more shoulds, oughts, musts and have-tos. I decided I am enough. I decided I am worthy of love. I decided I am going to be vulnerable (because that’s what let’s the good stuff happen).

This wasn’t the beginning, nor was it the end, but it was a big step. I was able to switch off all the scripts that I ran to do myself down and make me feel bad. I was able to quieten, if not entirely silence, my inner critic that always told me I was worthless and it was all my fault. I felt that I could look up and look forward, that I could escape the box that I had been trapped in for so long.

I still meet with Brene from time to time. We still have work to do. There are relapses, there are times when I want to put the armour back on, times when I want to crawl back into the box and hide. Being vulnerable, you see, is not about weakness, it’s about strength and courage and some days we just don’t feel that strong or courageous. It feels easier to go back to what we knew, what had been familiar, what had seemed comfortable. But a few words from Brene puts me straight, reminds me how awful that was and what more there is to be gained by wholeheartedly embracing life.

I still wonder why I knew this was important, why I persisted. Intellectually, I got it but I couldn’t seem to access it, as if the armour I was seeking to shed was getting in the way. But it called to somewhere deeper inside me. I just knew I had to listen to Brene until I got it.

I think you should listen to her too.