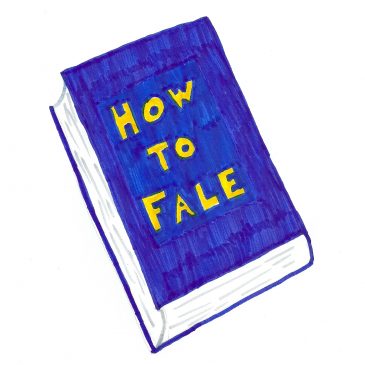 We are in the middle of a failure epidemic right now. The business media is awash with articles about how great it is to fail and there are events and conferences devoted entirely to failure. “Fail often, fail fast” is the mantra of the startup wannabes.

There is also a slew of counter-articles pointing out the folly of this approach if it is taken without understanding the nuance. The point is not the failure but what is learnt from the failure. Wearing your failures as badges of honour is not ‘super-smart’ nor does it put you on an inexorable road to success. If you learn nothing then you are just failing. You don’t HAVE to fail to be successful, you could just come up with the right answer from the beginning.

And then, inevitably, someone throws in the Edison quote “I haven’t failed, I’ve just found a thousand ways that don’t work”.

Underneath this is the serious point that to make progress we must encounter failure and, like much in life, it is not the event but how we respond to it that matters. Avoiding failure will stop us progressing and we will be stuck. When we do hit failure, a failure to acknowledge and learn from it just makes it painful and now we are stuck and in pain.

This is all eminently sensible and logical. We need to fail and learn to progress. Of course we accept that.

Or do we? Our rational self accepts the argument but we are not rational beings. How do we really react to failure?

After the several years in the corporate world I suggest our approach to failure is not as logical as we would like to think. Corporate environments do not usually embrace success (which is the point of the ‘failure fest’ that’s going on right now, an attempt to shift those attitudes). We’ve all been on projects that start to stutter and the rush for the exits almost audible. We’ve all seen the “6 stages of a project”

1 Enthusiasm,
2 Disillusionment,
3 Panic and hysteria,
4 Hunt for the guilty,
5 Punishment of the innocent, and
6 Reward for the uninvolved.

Funny, huh? Because it contains more than a kernel of truth. Actually, it contains spades of the stuff. Failure is simply not an option that’s considered in a lot of corporate environments. There’s never any suggestion that the project might be ill-conceived, that the situation has changed and it’s no longer valid. It takes so much energy and resources to set projects up that they become impossible to stop, so everyone pretends that they are going to be successful and all the forecasts are going to be delivered whilst they desperately look for ways of deflecting or avoiding the blame that is inevitably going to come.

And you may laugh at this with your colleagues when you are down the pub but it is corrosive and you begin to associate failure with risk and with dire consequences. Failure becomes a threat to your job and something to be avoided at all costs. It’s an existential threat and your amygdala ranks it right up there with being attacked by a sabre tooth tiger (your amygdala is pretty dumb, everything’s either a sabre-tooth tiger or a rock and it responds accordingly).

So you might accept failure as a necessary step and embrace it intellectually but deep down, at an emotional level, you see it as threat and will unconsciously avoid it at all costs, or deny it when you do encounter it.

Which is actually rather unhelpful as you are trying to make changes in your life and go through this transition, where failure is not only inevitable but likely to be quite frequent at first because you are basically incompetent at most of the things you are trying to do. And if you start to deny it then it is positively dangerous.

So learning to embrace failure and learn from it is absolutely necessary but it is also extremely hard. We’ve had years, decades of conditioning to avoid it. We are also unused to it because we have mostly been working in areas where we are already competent and don’t make mistakes. We aren’t used to it and we are scared of it.

(When I started skiing, I fell over all the time. It was hilarious, I was young and foolish and with lots of others of the same age and ability. Over the years I have improved my skills and ability and rarely fall over, sometimes going for an entire holiday without any significant tumbles. So when I managed to fall over (on a blue run – the lesson is to always pay attention!) and I landed heavily on my shoulder, it wasn’t just the pain that I felt but also the shock of the fall. I had forgotten what it felt like and the intensity of that feeling surprised me.)

It’s important to recognise and acknowledge the size of this challenge. It’s going to take a lot of effort to overcome it, and plenty of support and encouragement from sympathetic souls. It is going to make you feel extremely uncomfortable and you are going to have several wobbles. You are going to slip back into defensive and risk-averse thinking, to delude yourself that you are embracing failure when you are in fact ignoring or avoiding it.

Part of the problem is our association of failure with shame. This is something that we need to break and it can only be done through experience. You have to break through that shame barrier and courageously embrace the failure. That’s why it’s vital to be with others who are going through the same experience, to show you the way, stiffen your resolve and encourage you to pick yourself up and dust yourself down and go again. And to help you learn from each failure and progress.

I have been running a monthly meetup in London for the past 4 months and it has not been the success I had hoped. I’ve only attracted a handful of people and, whilst those conversations have been enjoyable and informative and, I hope, helpful to those that have come, it has not fulfilled my objective. I wanted to gather a number of people together so that we could share our experiences and perhaps start to connect and support each other and combine our talents to make a difference. That hasn’t happened so I have failed and I am going to stop the meetups.

In the past, I may have avoided running the meetups because it might fail and I would be embarrassed and ashamed. People have told me that getting this sort of thing to work is hard. Others have said what a great idea it is. So I have learnt that ‘other people’ don’t really know anything and that you should do things for your own reasons. I wanted to try this because I wanted people to be connected and not struggle in isolation. That’s a good enough reason for me and I am proud that I gave it a go and tried.

What I have learnt is that a meetup is not the way to build an audience, not in London, at least. You need to build the audience first to make the meetup viable. I need to find other ways to grow my audience.

I have also learnt that, whilst I want people to be connected, perhaps I am not the best person to connect them. In fact, it is not really something that is aligned with my personality and strengths. I can and have organised and run events and even done a passable imitation of a host in the past. In a corporate environment that will get you by (as long as you don’t have to do it too often). However, it’s not enough out in the ‘real’ world. To make something work, you have to really be in your element, really be working in your flow, and this just isn’t in my flow. So perhaps I need to find a partner or an organisation to connect my audience to each other, or a different medium where I am in my flow.

It also led me to question the suitability of the format for the people I am talking to. Do they want to meet others in a pub to talk about their experiences? Or is that likely to make them run a mile? Do they want something with more structure, with some content that they will find useful, so they can persuade themselves that the main reason to go is to educate themselves rather than to expose themselves emotionally? Perhaps an online forum would be more accessible to them, would carry less risk for them and be a more discreet and safer place? That means I need to run some more experiments and, perhaps, have a few more failures. Find some more ways that don’t work.

I am ready to do that. But it is not a simple reframing of ‘failure’ as ‘learning’, or as “finding ways that don’t work”. It’s taken me a long time to shift my mindset away from the risk-averse, fear-of-failure one that I was conditioned to have in the corporate world (and through the social conditioning of my upbringing too).

The point here is not to convince you that this is impossible, much too hard for you to do. In fact, I want to stress to you that it IS possible. it’s also essential, arguably the most important thing for you to learn, the biggest shift in mindset and habit for you to adopt.

My point is that it is harder and trickier than it appears for the very reason of your circumstances, your experience, your conditioning. Your strengths are working against you and you need to address this with purpose, vigour and determination.