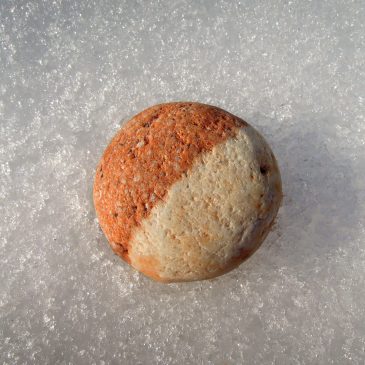 I have some good news and some bad news.

I wrote in my last blog about the universal advice to get a ‘Dream Team’ around you and I talked about the challenges of actually finding the people to be in it. The good news is that the solution is to join a community and get to be known, liked and trusted.

The bad news is that you need to know if you are an asker or a guesser. And if you are the latter, then a difficult challenge just became a whole lot harder.

So what’s the difference between ‘Askers’ and ‘Guessers’, and why does it matter?

It depends on how you have been raised to ask for things.

If you have been brought up in an ‘Ask’ culture then you are taught it is fine to ask for what you want because the other person always has the option to say no. You are not offended if you request is turned down because that’s always one of the possible outcomes. If you were told as child “If you don’t ask, you don’t get”, then you’ve been raised as an Asker.

If you have been brought up in a ‘Guess’ culture, then you avoid asking for something at all costs unless you are pretty certain that the answer is going to be Yes. You are particularly skilled at putting out feelers and dropping hints. Sometimes you are able to get the other person to offer the thing you want, which is a brilliant result for you. If you were told as a child “It’s rude to ask”, well, you can figure out what you are.

The problem for Guessers is that they depend on tight net of shared expectations and that only works with other Guessers. They think that Askers are a bunch of insensitive idiots for not picking up on their subtle signalling and realising what is going on.

If you’re a Guesser, then enlisting people to your dreams and asking them to be on your team becomes hugely difficult. You put an enormous amount of time and energy into putting out delicate feelers that a large percentage of the people are oblivious too and get distressed and frustrated that you can’t seem to get your team together. Meanwhile, the Askers in your group have ploughed ahead and got their support team together in no time at all.

So Guessers have to take a deep breath, pull their pants right up tight, and become Askers. Much to their surprise, they will find most people don’t even bat an eyelid and they’ll soon find people doing exactly what they asked them to do. It turns out that it’s much more acceptable to be an Asker in a business environment than in a social one. (Who knew?).

It’s not all good news for Askers, however. They may think it’s OK to ask anyone for anything but the Guessers are horrified by their presumptuousness. They may feel obliged to say Yes but then will fail to provide the support or even become silent saboteurs due to their resentment.

It’s important, then, to understand where the other person is coming from, not to simply project your worldview on them but to see things from their perspective. There isn’t a right or wrong here, there’s just a difference and you need to understand and acknowledge that and behave accordingly to get the outcome that you want. Even if that means asking for it!

(This terminology comes from a 2007 web posting by Andrea Donderi)

Come and meet some potential collaborators and practice being an Asker at one of our London meetings, or get involved in our private Facebook group HERE