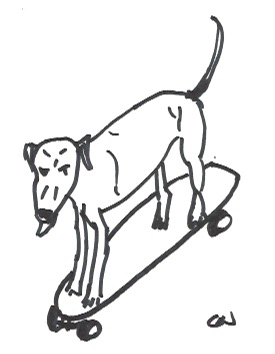 In adapting to life after the Mothership and as part of the process of re-imagining yourself, you have to make some significant changes. You have to change your mindset, take a different perspective on life and work, get in touch with your emotions and learn a lot of new things, which may include formally studying for some qualifications. You have some important things to unlearn too, however.

Our forebears would want us to believe this change is impossible. “You can’t teach an old dog new tricks” goes the old adage. It used to be the commonly held belief, even amongst scientists and educators, that once you reached adulthood you were incapable of learning new things or improving your brain function, that your intelligence and knowledge were largely fixed. Now, we are old dogs and we have a whole bunch of new tricks to learn, so this would be a big problem if it was true. Thankfully, it’s not.

We know now that we can continue to learn and develop our brains throughout our lives. Recent discoveries in neuroscience have shown that the brain is not fixed, that it has plasticity and is able to change as we learn new habits and skills. We can forge and grow new neural pathways and develop our hippocampus through learning and practice.

Carol Dweck talked about this ability to develop our minds in her book Mindsets back in 2006, when she identified the difference between fixed and growth mindsets.

“In a fixed mindset students believe their basic abilities, their intelligence, their talents, are just fixed traits. They have a certain amount and that’s that, and then their goal becomes to look smart all the time and never look dumb. In a growth mindset students understand that their talents and abilities can be developed through effort, good teaching and persistence. They don’t necessarily think everyone’s the same or anyone can be Einstein, but they believe everyone can get smarter if they work at it.”

This is good news. We may have quite a task ahead of us but it is not impossible. in fact, we have evolved to be able to do exactly this. We have to put in the cognitive and emotional effort and perseverance but it is well within our grasp. We can move towards an increasingly growth mindset over time and actually be better equipped to succeed than we were previously.

But there, just at the back of our mind, is that old trope about Old Dogs and New Tricks. We may know that we can change but do we really believe it? All the time we are trying to change this age-old, inherited doubt is subtlety undercutting our efforts.

It’s a mistake to underestimate the power of these embedded beliefs. They can make you self-sabotage, they can undermine your motivation and cause you to drop away from the task. So I think it’s important to re-inforce the fact that change is possible in a conscious and very obvious way. To acknowledge that doubt and then call it out and say ‘I know that’s not true and here’s the proof’. To actively unlearn it and replace it with a new belief.

There are lots of way you can do this. Perhaps by acquiring a new skill and practicing it regularly, like drawing, playing an instrument, or creating a practice of meditation. For me, it’s been working on my physical fitness so that I can enjoy skiing, which has improved my physique as a consequence. Not only have I had to buy new clothes to fit me but every time I train I notice that I am able to do more and the aching doesn’t last as many days afterwards!

We accumulate lots of redundant beliefs that are no longer useful to us and often hold us back from becoming what we are really capable of. It’s a conscious act to identify, acknowledge and then replace them. But don’t worry, you’ll learn how. After all, old dogs CAN learn new tricks, you know.