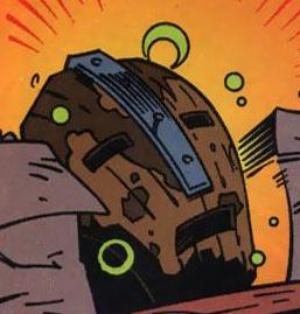 People become Post Executives through circumstances or choice, or sometimes a combination of the two. In my case, I sort of fell out of corporate life and, finding it difficult to get back in, decided to try a different route. Others I have met just decided one day that they had had enough and it was time for a change. Every one will have their own story, which will be a rationalisation of what they went through.

One thing that most of us have in common, however, is that we had reached a point where it became difficult to endure corporate life any longer. It’s worth understanding why that is.

There is considerable pressure to conform to the norms of corporate life, to be business-like, to be professional. You are not supposed to bring your private stuff to work and your ideas and comments are often seen as a nuisance. We don’t bring our whole selves to work, we put on a mask and play whatever role is required of us to ‘fit in’.

This pressure to conform becomes greater the higher we go up the hierachy. I was often criticised for not being ‘on side’ as I would question decisions that I thought were bad for the business as a whole, or I would avoid implementing policies that I felt disadvantaged our people. After being hit over the head a few times, it becomes easier to keep your opinions to yourself and keep your head down, masking your true feelings and beliefs. Denying yourself in this way has a cost, however.

We also develop armour to protect ourselves from the harshness of corporate life, especially if we are in an organisation that is controlled by fear, as so many are, sadly. Bullying is all too often a management style and we are criticised and admonished on a regular but seemingly random basis. The pressure of targets, KPIs and unreasonable expectations are hard to endure and so we build defences to protect ourselves. Any vulnerability is seen as weakness and will be attacked, so we armour up and suppress our emotions.

All this pretending, carrying this armour around all the time, takes up our physical and emotional energy. It’s also debilitating to be in long-term stressful situations, on constant alert, our fight-or-flight mechanism permanently switched on, flooding our body with cortisol and adrenaline.

There comes a point where we can’t do it any more. We simply don’t have the energy. Some people go through a full burn-out, others shut down slowly and disengage.

In her book Daring Greatly, shame-researcher Brene Brown says that one of the patterns revealed in her research is that “ … all that role-playing becomes almost unbearable around mid-life. … We start to unravel.”

However you got to be a Post Executive, it is the right time for you to be here. You have saved yourself and now you have the opportunity to create an environment in which you can thrive. Now you can put aside the mask, take off the armour and be your whole self. That’s a challenge in itself but it’s one you are ready to take on.

This article uses material from the Mask of Loki article on the The Mask Wiki at Wikia and is licensed under the Creative Commons Attribution-Share Alike License.