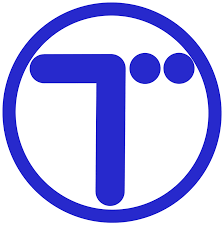 Belonging is one of our fundamental needs, just above food, safety and shelter. We are social creatures and we have come together in groups since our cavemen days. We belong to many different groups at the same time, and these change over time, but one of the most significant is the organisation that we work for. If we have been there for several years, it’s probably one of the more enduring relationships.

Our sense of belonging to our organisation is strengthened by the number of hours we spend working in it, the number of personal relationships we build through being part of it, and the degree of alignment between the organisations value and goals and our own.

It seems obvious then that when we leave the Mothership, we no longer belong to the organisation. It is also obvious, therefore, that there will be some sense of loss. What isn’t so obvious, however, is how big that loss can be and the impact it can have have upon us.

I remember speaking to a colleague of mine who took redundancy from BT, having joined as a graduate after 30 years earlier. Although it was voluntary on his part, he had been told that he should consider it equivalent to going through a divorce, such was the emotional and lifestyle impact.

He was part of BT’s “Project Sovereign” staff reduction programme and received a generous settlement as well as a support programme to help him transition. Today, less care and attention is lavished upon those who are leaving organisations. It is treated more as ‘business as usual’ and people are expected to take it on the chin and get on with it.

All too often, people leave the Mothership and find themselves sitting alone at home, becoming depressed and demotivated. The feel they are not supposed to complain, that it’s ‘normal’ and they should just cope.

This is wrong. The loss of that association, the lack of belonging, hits right at the core of our being. It leaves a huge hole in our lives and we must not ignore it. This is a serious matter and we must take steps to address it.

Finding new groups to being to is part of re-imagining ourselves, finding out about ourselves and deciding what our new identity, our real identity is.

We are compelled to belong to things, so when we leave the Mothership we need to build new associations to replace it. It’s good sense and is simply part of looking after ourselves and creating a platform for our future success.