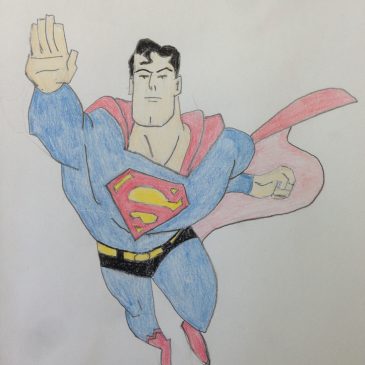 When you get made redundant (or ‘let go’), you are told “It’s not you that’s redundant, it’s the position”. But what you feel is, well, redundant. It feels personal, whatever platitudes they spout at you. To feel otherwise is to accept that it happened without any reason, that you were just the victim of misfortune and the capricious cruelty of the world. As humans we seek reasons, explanation, cause and effect. That’s why we ignore reality and assume we are at fault, that we must have, in some way, deserved it.

So, we don’t feel like heroes. I know I didn’t. I felt rejected, a failure, inadequate, weak. Quite the opposite, in fact.

But we will be. We will be the hero of our own story because we have to. It’s the only way we get through this and out to the other side. So how do we do this?

Well, lets consider the concept of the hero’s journey, as introduced by Joseph Campbell in his book “The Hero with a Thousand Faces” and developed by other writers since. This is the basic narrative structure of many myths and stories including those of Buddha, Moses and Christ. You’ll recognise it from many novels and popular films, and has three main stages: Departure, Initiation and Return.

This extract from Wikipedia explains the structure:

In the Departure part of the narrative, the hero or protagonist lives in the ordinary world and receives a call to go on an adventure. The hero is reluctant to follow the call, but is helped by a mentor figure.

The Initiation section begins with the hero then traversing the threshold to the unknown or “special world”, where he faces tasks or trials, either alone or with the assistance of helpers.

The hero eventually reaches “the innermost cave” or the central crisis of his adventure, where he must undergo “the ordeal” where he overcomes the main obstacle or enemy, undergoing “apotheosis” and gaining his reward (a treasure or “elixir“).

The hero must then return to the ordinary world with his reward. He may be pursued by the guardians of the special world, or he may be reluctant to return, and may be rescued or forced to return by intervention from the outside.

In the Return section, the hero again traverses the threshold between the worlds, returning to the ordinary world with the treasure or elixir he gained, which he may now use for the benefit of his fellow man. The hero himself is transformed by the adventure and gains wisdom or spiritual power over both worlds.

Well, “Departure” is covered. It might have looked a lot like being chucked out, or it could have been a pleasant affair with wine, canapés and speeches, but it’s done. You have departed the corporate world, you have left the Mothership.

So now you have to go through “Initiation”.  You have to journey through this “special world”, which is really yourself. The “innermost cave” is your true self, your essence, and the “ordeal” is the inner struggle of understanding and acceptance. The reward is self-knowledge, which will be the foundation for your future life and success.

The “Return” is when you begin to create your new life and career, armed with a new-found resilience, understanding and acceptance. The personal growth you have experienced has transformed you and given you the wisdom and spiritual power to move forward and succeed in your goals.

The key here is that the pain and discomfort, the uncertainty and anxiety, the disorientation and anguish are all a necessary part of the “Initiation”. The way through is to look into your inner self and question yourself deeply so that you become more self-aware. That’s what makes you the hero in your own story. It’s the hardest but most important part.

You can get trapped in this “special world” for a long time, which is why I write this blog. I want to be one of your helpers who gets your through it and returns you back to the outside world.

So, put on your poncho and chew on your cheroot. Or jump in the telephone box and put your pants outside your trousers. Get ready to be a hero!

Or, if you prefer, join can join our tribe and get regular dollops of wisdom by signing up below.

(If you’re a regular reader of the blog you might have noticed another three stage model I’ve spoken about, Bridge’s model of Transition. Well, that’s because Bridges also looked at ancient rituals and ceremonies of native tribes. There is much wisdom to be learnt from the ancients, it seems.)