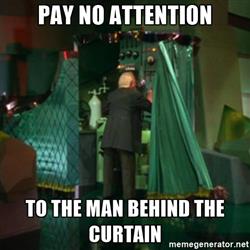 I was feeling pleased with myself. had finally figured it out. We needed to reposition and extend our product portfolio and my team and I had put together a plan for the next 18 months. We had a bit of a lead in this new technology and our major customers were demanding some products they could use now. Although not big in revenue terms, it was strategically important to stop these customers talking to other suppliers.

It had been approved, I had started to line up some of the resources to make it happen. First products would hit the market in 9 months, with a steady stream of new products and enhancements over the rest of that financial year. But now it was August and I was looking forward to  going on holiday to rest and refresh myself, knowing that would set me up for a full-on spell when I got back.

Then I got a call. There was something that had to be done before I went.

“We need your forecasts for next year” the man from Finance told me.

“Yes, we’re starting the process early this year”, he told me.

“But I can’t forecast what will happen next year”

“Well, we haven’t built the products yet. They won’t start to come on stream until the second quarter, and that’s if things go well. It’s a totally new market, we don’t know the demand, the pricing, the sales cycle – we don’t even know what the products will be like, in detail.”

“Well, that’s your problem, I need your numbers. By the 12th of the month.”

“So, hang on. You want me to give you numbers for sales that won’t happen for another six months, at least; for products I haven’t built yet in a market we’ve never operated in before – in fact, one no-one has operated in before.”

“Yes. And make them realistic”

“What do mean, realistic?”

“Well, they are going to be incorporated into your Profit and Loss, which you’ll be accountable for. Your appraisal and bonus will depend on how well you hit your numbers, so make sure you’re realistic about it. And don’t low-ball them, we’ll be scrutinising all the submissions and they might be revised upwards.”

“Look, there’s no way I can come up with ‘realistic’ numbers. There’s nothing to judge them against. They’ll be guesses, at best.”

“Do what everyone else does, work from previous sales and extrapolate.”

“No, you don’t understand. There aren’t any previous sales. This is new technology, we’ve never done stuff like this before.”

“Well, if you can’t forecast the revenues, perhaps we shouldn’t be doing this.”

“Listen, the board’s committed to customers that we’ll do them and I’ve been tasked to deliver them. So they are happening. Period.”

“But I can’t, I can only make some guesses.”

“OK, OK, this is stupid. Look, what if I don’t tell you that they’re guesses that I’ve just made up?”

“You can have them this afternoon.”

And that’s when the curtain was drawn back and I saw the wizard as he really is.

The futility of this exchange, the pointlessness of the exercise, the complete lack of utility in the work being done is symptomatic of a fantasy world. One where the normal influence of rationality and logic does not apply. The corporate world is not one of efficiency and effectiveness, as we are led to believe. Rather, it is a make-believe world of magical thinking and mind-bending perceptions. It is an enchantment.

In the corporate world, we believe we can predict what will happen in the future. In my case, it was the future for 6-18 months but the corporate planning and budgeting process pretends it can predict the next 5 years. This, really, is a type of madness.

This is only one example of the alternative reality that we are gripped in. It also affect us and our behaviours. It’s why we think it is OK to spend time at the office or away on business rather than with the ones we love. It’s why we push ourselves to extremes for the corporation, incurring stress and ill-health. It why we think neglecting our well-being, being unfit and overweight, just comes with the territory. It’s why we drag ourselves to our work when our bodies are failing and in need of time to rest and repair. It’s why we drive ourselves to burn-out without questioning the destruction we leading ourselves into.

When I was on the Mothership, I thought I was rational and logical and my choices were entirely sensible. I thought I was coping relatively well with the situation, I was doing OK. Now I have left the enchantment and it’s spell has been broken, I wonder what the hell I was thinking. How could I not see the madness? How could I fail to recognise the damage I was doing to myself? What made me think I was coping and ‘doing OK’?

I couldn’t imagine going back to that world now. I hear stories from others about how they behaved and what they put themselves through in their corporate careers with a mixture of bafflement and horror.

But I remember that when I was there, when I was under the enchantment, then I did similar and thought no more off it.

Leaving the corporate bubble means you break the spell, you lift the enchantment. It is very disorientating at first because all the certainties you once held on to have now dissolved, the truths you held have been exposed as falsehoods. It is part of your transition to go through this period of uncertainty and anxiety. The reward is that you will create a new reality, one that is much more connected with the real world and that will endure for the rest of your life.